In the mind of a Whistleblower

Back in 2012, Sylvain Mansotte received the call from the newly appointed Chief Procurement Officer of a large Australian based construction company to assist in the building a new function.  He jumped at the chance, and one of his first priorities was to understand his new employers’ third party spend profile.

Within 2 months, Sylvain had uncovered a $20M fraud that spanned 12 years and led to the perpetrator – a finance executive with 30 years of experience in the company – admitting to the crime, and ultimately being sentenced to 15 years in prison. 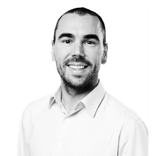 “My entire world turned upside down. I was the guy with the gun in his hand, and I knew if I pulled that trigger I could destroy the life of a family and a guy who had been at Leighton for 30 years and was six months from retirement."

Although he was promoted in his organization, Sylvain left in 2016 to develop Whispli, a secure and anonymous two-way communication solution used not just for corporate whistleblowing, but for reporting sexual harassment and bullying in schools and universities.

A safer way to blow the whistle

It is a product that came directly from Sylvain’s own experience. He was initially reluctant to approach any of his colleagues, and did not feel confident speaking to the third-party organization appointed by the company because it would compromise the anonymity he felt necessary.

His French accent, he believed, was a giveaway and would have the unwelcome consequence of identifying him.

"If Whispli had been implemented at the time at my company, it is highly likely that the fraud would have stopped well before then." - S. Mansotte

Users of Whispli can communicate anonymously and continuously with either designated areas in the organization or with third parties. After initial contact, they can answer questions and provide more details and progress the issue, accessing Whispli from anywhere using their own username and  password.

It creates one single source for the reporting of misconduct and wrongdoing.

For whistleblowing to be effective in ending wrongdoing and protecting the whistleblower, Sylvain learned some important lessons from his experience as a Risk Manager:  it has to be viewed not as betrayal or disloyalty to an organization, but as a service to society.

Here are 3 points any organization should consider when creating or revising a whistleblower policy:

✔︎ Organizational responsibility
Organizations should have robust internal whistleblowing processes, involving third parties retained specifically for this purpose. Employees must feel that they can come forward and report any suspected wrongdoing without fear of retribution or retaliation. If the organization is unresponsive or the process is unsatisfactory, whistleblowers must then have a clear channel for reporting wrongdoing to regulators or law enforcement.

✔︎ Whistleblower protection
Many whistleblowers have lost their jobs and careers because of speaking out. Anonymity is one protection, but in cases where the whistleblower is identified, they must be guaranteed freedom from retribution and punishment.